Nokia recently announced that it’ll collaborate with Island Def Jam Music Group, Universal Music Group International and superstar Rihanna, in order to promote her new album and broadcast her concert via live streaming. The partnership bears the name of Nokia Play 2010 and it accompanies the launch of Nokia X6, a new touchscreen music phone. 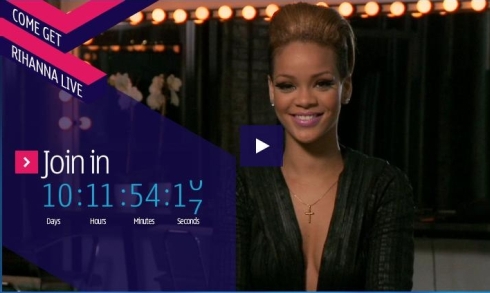 This partnership aims to deliver music content to fans all over the world and stream Rihanna’s album debut concert. The event will be streamed all over the globe, via listening parties on November 16th 2009, as the “Rated R” album debuts. Streaming will be available live from London and the artist will get closer to her fans via www.nokia.com/rihanna.

Selected bloggers will attend the event and promote it via social networks and latest technologies. Nokia Comes With Music customers will get an exclusive version of the Rated R album, with a bonus track, remixes and extra content.