While everyone is talking about the Nokia Lumia 800, there’s still another handset with Windows Phone out there, also made by the Finnish company: Lumia 710. This model has been recently spotted at the FCC with T-Mobile branding and considering that this carrier and Nokia have an event scheduled for December 14th, the surprise is pretty much spoiled, right? 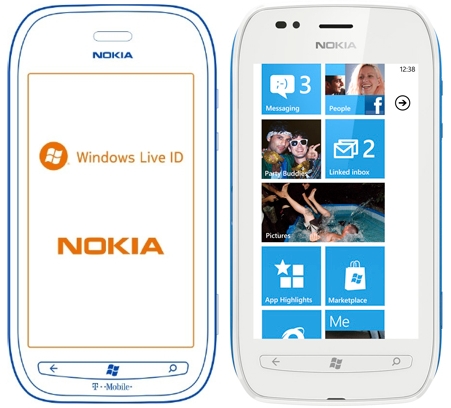 Nokia Lumia 710 is the less impressive of the WP7 duo from the Finns, as it comes with a 3.7 inch WVGA ClearBlack display, HSPA connectivity, WiFi, GPS, Nokia Maps and a 5 megapixel camera. It also has the same CPU as the Lumia 800: 1.4GHz single core unit, plus 512MB of RAM and 8GB of storage. T-Mobile wants to market and sell this smartphone as a 4G device, just like it did with the HTC Radar.

The Lumia 710 might get an appealing contract offer, that can even reach under $100, so keep an eye out for this model. Its design is very much like the one of Nokia C7, so if you liked that phone, you will surely like this one, although it doesn’t come with Symbian.