Nokia Lumia 719 is not a name I’ve heard before, but it could become an interesting launch at MWC 2012, if it makes it to Barcelona. The device was just discovered on Bluetooth SIG’s list of approved handsets for use in Asia, North and South America. This phone is very much like the Lumia 710, according to rumors and also to its naming pattern. 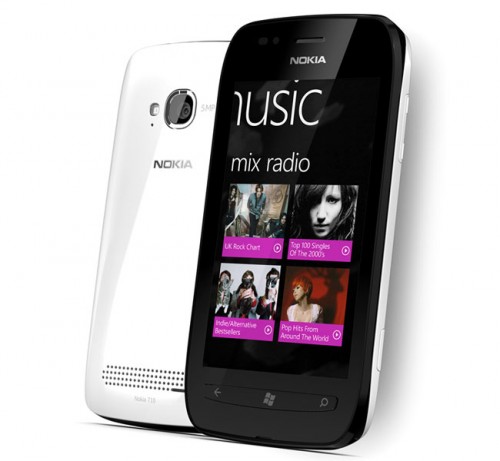 The Bluetooth SIG description mentions Twitter and Facebook integration, plus the use of People Hub to communicate with contacts. Nothing big here, honestly, since those kind of features we see on all WP devices out there. Lumia 719 is also supposed to come with a 3.7 inch Clearblack display and a 5 megapixel camera with HD video capture. Till now it all sounds very much like the Lumia 710 and I really can’t spot a solid difference. Other features include unique content provided with the handset, stuff like ESPN content, Unvision, Local Scout and Bing Search.

This new Windows Phone unit also provides turn by turn navigation through Nokia Drive. While Nokia Lumia 900 and the Lumia 610 are definitely coming to MWC 2012, I can’t guarantee the same for Lumia 719. It may be certified, but it was never launched and it may end up being a slightly upgraded Lumia 710, or a mere localized version.