Although Nokia unveiled only two new Lumias yesterday at Nokia World 2012, more models are expected to come before the year is out. One of them might be the Lumia 822, that was just uncovered in Verizon’s systems, together with a mystery 5 inch phablet from HTC. 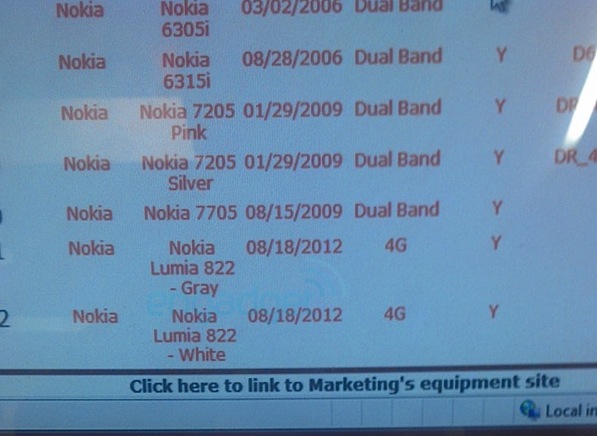 The HTC phablet has been talked about for a while now and even some pics leaked over the past days. People are expecting a HTC One XXL or One X+ here, either with a Tegra 3+ CPU or quad core Snapdragon S4 Pro CPU. Verizon was the obvious choice for this model, complete with LTE, a big screen with high resolution and Android Jelly Bean. As far as the Nokia model is concerned, it may just be a small variation on the idea of the Lumia 820, announced yesterday with the Lumia 920.

Nokia Lumia 822 pops up here in gray and white and the HTC phablet is codenamed HTC 6435. Could this be the Endeavour C2 unit we’ve been hearing so much about? While Nokia World 2012 still goes on today and we might still see the Lumia 822, HTC has an event scheduled for two weeks from now. 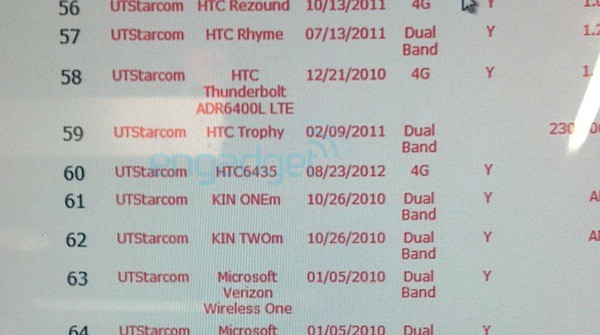