Now that it doesn’t have the iPhone as an exclusive product for years now, AT&T might as well feast on the freshly arrived Lumia devices from Nokia. Thus, it’s no wonder that they get such solid in store promotion, as shown below. The tiles have recently been all over USA, including in the Times Square special event where Nicky Minaj sang some songs while the light show was all about Lumia. 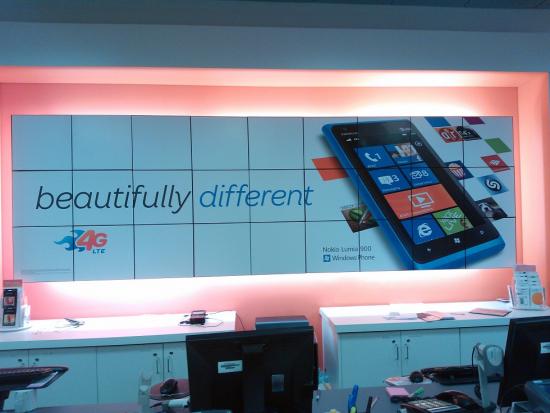 The folks of wpcentral also provide as examples 3 AT&T corporate stores in Long Island, all of them promoting the Nokia Lumia 900 through huge banners hanging from the ceiling and being very visible from the road. Add to that the recent concert, plus the people queuing in China for a Lumia 800C and you’ve got a Nokia brand that’s back in action all over the world. They’re cool again, apparently, with campaigns such as Smoked by Windows Phone and all sorts of promotions, like the crazy one in the UK.

Last Fall when the Lumias were launched in Great Britain, the Nokia Lumia 800 model was bundled with a free Xbox 360 on contract and it immediately sold out. Back to the USA, the device’s primary advantages are showcased, so Nokia Lumia 900 is shown with 4G LTE connectivity, the latest Windows Phone and that bright display. The tagline here is “beautifully different”… do you agree? 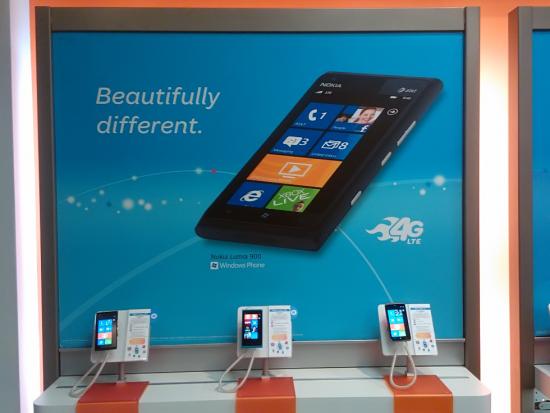