Everyone is talking about the Nokia Lumia 920, especially with the Black Friday thing going on. Initially available for $99.99 on AT&T in USA, now the device will go down to $49.99 thanks to the special reductions. Also, it has just launched in Finland, as the folks of Mynokiablog inform us. 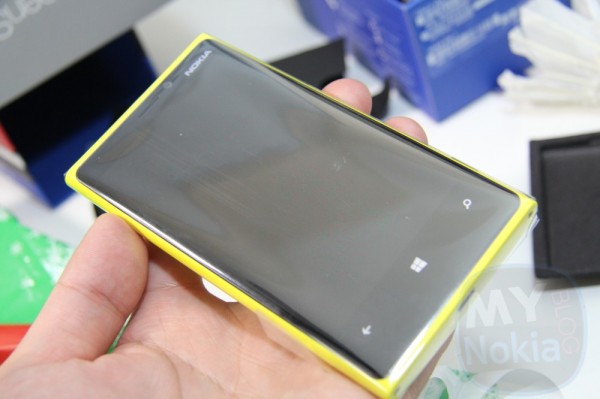 This is the first Windows Phone model with a Pureview camera with optical video stabilization. It also gets a dual core CPU and a kickass 4.5 inch HD screen. Last I heard the phone was going for about 650 euros in Italy and Germany, but I can’t guarantee that this off contract price will stick. Nokia Lumia 920’s main disadvantage is its huge size, especially the weighs: 185 grams, bringing it in Galaxy Note II territory.

The design is still very appealing, since it adopts the same lines as the popular Lumia 800 and Lumia 900. Other reasons to want this baby? 32 GB of storage, a 4.5 inch 1280 x 768 pixel display, 1 GB of RAM and a dual core Snapdragon processor at 1.5 GHz. LTE and the PureMotion HD+ tech for the display are also here.