I can’t help but wonder how exactly does Nokia expect to sell its new Lumia phones considering some of the employees at various retailers and carrier chains are totally unprepared. The folks of Mynokiablog.com took a stroll in some local stores selling the Lumia 920 and came out unimpressed by the employees, who were not exactly well prepared. It’s also worth mentioning that this is happening in the UK and that the handset debuted over there. 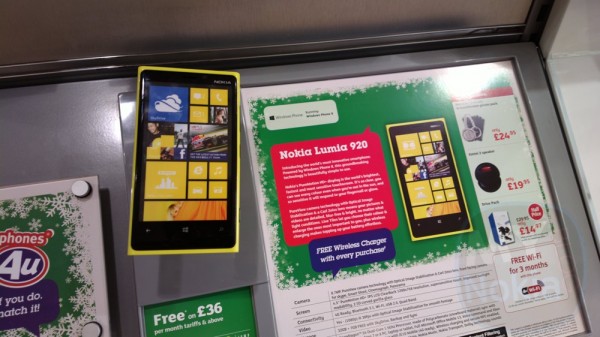 In USA the handset was met with moderate queues in front of AT&T stores on Friday and now it’s invading Europe, if we can say that. The handset is available in the UK for now at Phones4U, T-Mobile and Orange, with the latter two offering the black and white versions. Phones4U offer the red and yellow version and the preferred choice of contract combo here is Everything/Everywhere. Nokia Lumia 920 is described as a “beautiful thing” when seen in person, with the focus being on the yellow version, that really steals the show.

There was a nice introduction at Phones4U about Nokia and its history, about the first phone call made in Finland or about how widespread the brand became, even more popular than toothbrushes. However, people didn’t detail what the public actually needs: the features of the Lumia 920. I mean it has a killer PureView 8.7 megapixel camera, so you don’t need to talk about Nokia’s past, right? It also has a PureMotion HD+ screen, that can be used with gloves and wireless charging, all of those being selling points…

Hopefully retail staff will be more prepared in the coming weeks, before holidays come. 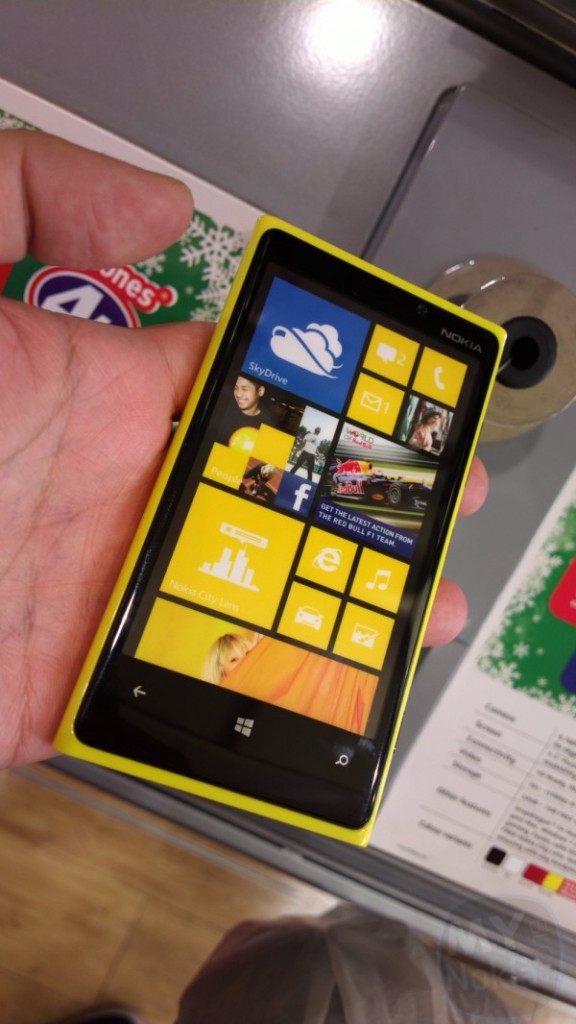