Qualcomm has enough problems with the Krait S4 chipset as is, so imagine if they were to get yet another partner to place some more orders… Now Nokia is rumored to join their list of partners, ordering the Snapdragon S4 chip for its upcoming Lumia Windows Phone 8 units. 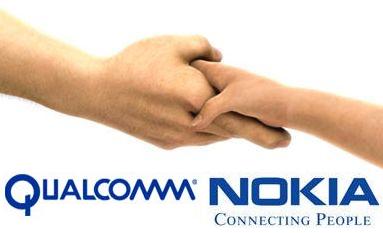 Rumors also say that the chip will come to Nokia’s Windows 8 tablets, if possible. The S4 Krait has been one of the most wanted processors of 2012, being available on popular devices such as the HTC One S and ASUS PadFone and the list is much longer than that. It even passes quad core chips like Tegra 3 in some benchmarks, so that’s why everyone wants it. Also, it doesn’t use up too much power and it has a pretty new generation of architecture. Right now Nokia Symbian and Windows Phone device can handle running with single core processors, but imagine them with dual core and new OS releases… they will look great and be very fluid.

MeeGo, for example felt a bit choppy on the N9, so a dual core processor would make all the difference. I’m curios to see what Windows Phone 8 will require in terms of hardware and how much RAM those dual core smartphones from Nokia will use. Nokia’s passage to dual core is just like Sony’s to quad core: it’s coming, but it doesn’t have a clear timeline.