After launching the Nokia Tube, rumours started surfacing regarding a juicier launch, that of a touch based Communicator. I immagine some sort of revamped E90 hitting the market with probably the same punch as the XPERIA X1, but the inclusion of both a QWERTY keypad and a virtual one will be optional for Nokia. 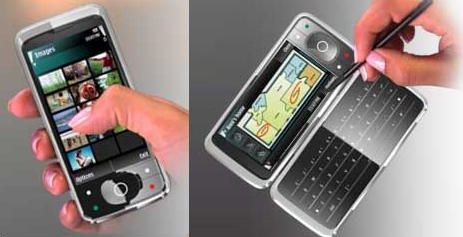 Also, you might want to know that we’re not in the realm of speculation right now, as Nokia showed the future of its touchscreen devices during yesterday’s webcast. Their little “leaked” info was the photo you can see above, some sort of teaser of what’s about to arrive, maybe sooner than we think.

Hmm, an E90 with new S60 5th Edition might be a hit, but also a fiasco, if not implemented right. The 5800 XpressMusic will probably tell us if the new touch platform is worth the effort or not.