While AT&T is readying the new iPhone 3GS for its US launch on June 19, Nokia can offer you a “distraction” from Apple’s hit, but one that’ll cost $699, the N97. Nokia’s smartphone is available unlocked right now in all of Nokia’s flagship stores in New York and Chicago. 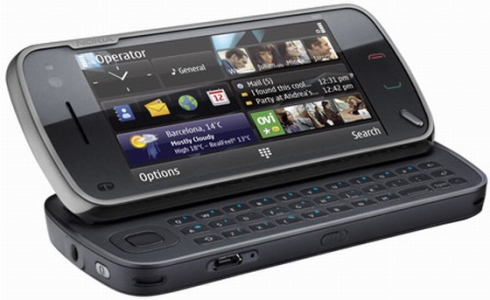 Only the black version of Nokia N97 is available in the flagship stores, so you’ll have to go with the pre-order option, if you want a white one. What’s the handset all about? Well, it’s Nokia’s first touchscreen smartphone with a sliding QWERTY keypad, Symbian S60 5th edition, WiFi, a digital compass and TV out.

The phone’s display is a 3.5 inch TFT touchscreen with 360 x 640 pixels resolution and the specs list also includes a 5 megapixel autofocus camera with Carl Zeiss optics, LED flash and VGA video recording.  TV out, 32GB of internal memory and a microSDHC card slot round up the features of the smartphone, that’s kind of costly, specially when compared to the “almighty” iPhone.