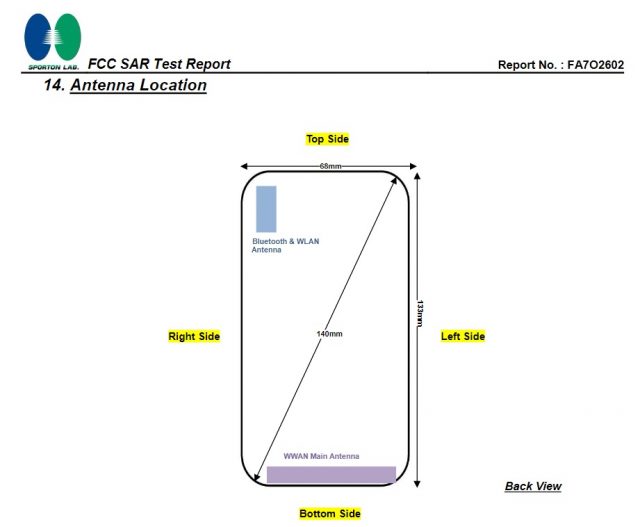 HMD Global is in full swing these days, as it’s prepping a whole new range of Nokia products for 2018. Several of them have leaked and people are talking mostly about the Nokia 9, Nokia 6 (2018) and the Nokia 3310 4G. Now we have a codename of a device that’s just leaked, the Nokia TA-1047, which has just reached the FCC. Sadly it’s also not meant for the US market.

The leak comes from Baidu and we’re puzzled to learn an FCC certified phone is actually not meant for USA. The newcomer is more compact than the Nokia 2, but also bigger than your average feature phone, so this may be the Nokia 3310 4G. In the documents from FCC there are mentions of GSM/WCDMA/LTE Mobile, Bluetooth, WiFi and VoLTE even. Dual SIM dual standby are also mentioned, as well as FM radio. 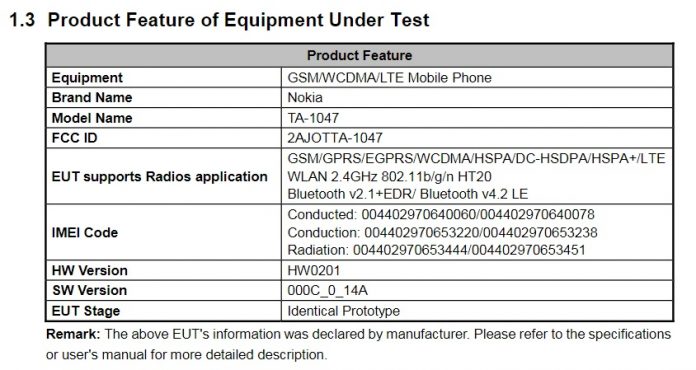 I find it hard to believe we’re not going to see this in USA, but on a smartphone-crazed market, this feature phone probably won’t do well. The legendary format of the 3310 could still cause some nostalgia and some surprise sales. In the meantime Nokia 6 (2018) is said to move to an 18:9 screen, a Snapdragon 630 CPU, 4 GB of RAM and 32 GB of storage. Don’t be surprised if there’s also a dual camera in the mix. 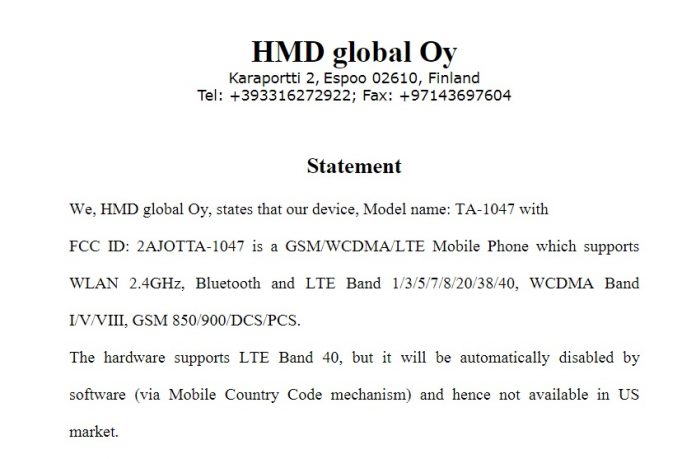