Nokia World 2009 is almost here and with it the new devices we’ve been waiting to get up close and personal with: the N900 Internet tablet, the rumoured Maemo smartphone and a couple of brand new Nokia touchscreen devices from the XpressMusic series. It’s important to mention that this series will be turned into the Xseries soon. 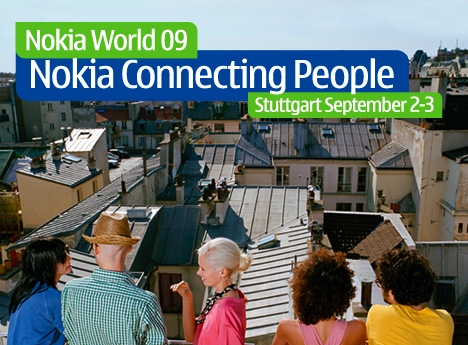 Also, according to the folks of NokiaPort.de, the Finns will announce two new series at Nokia World 2009, X and C series. Nokia 5530 XpressMusic will premiere the X handsets, so you’ll have to kiss the XpressMusic goodbye for now. Not a bad rebranding, if you ask me…

There’s also a rumour going around concerning a new N Series phone with a touch sensitive screen, that’ll make the shop till the year end. N98 maybe? Or the uninteresting N97 Mini? More solid info was given out about Nokia’s plans for 2010: they’ll launch the N920 tablet with Maemo 5 on board and an E Series device with a touchscreen display. Uber-business phone coming your way!

Really can’t wait for Nokia World 2009 to start, since it’ll be a delight to watch an attend.