Last we heard, there was a rumour on the web regarding the low Palm Pre inventory available on Best Buy Mobile. Now, it turns out that the rumour was true and Best Buy will launch Pre in two phases: the first one from June to July (low inventory, minimal marketing) and the second one in late July- early August. 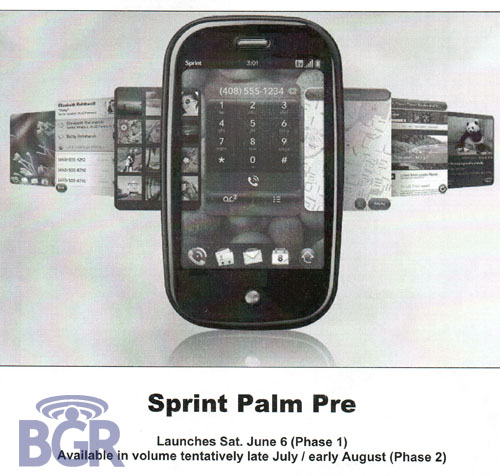 The inventory is in fact so low, that only 300 selected stores will offer working demo units of the Palm Pre, while the majority of the employees were instructed not to sell the handset early or to make hold lists prior to the release date. Also, sales will be limited to one unit per customer, as for the Best Buy Mobile employees, they won’t be allowed to buy Pre handsets till August.

Pretty tough rules and regulations, right? Well, whatever it takes to see this beauty in stores…