Office 2010 has just had its mobile counterpart released as a beta today, just as we stumbled upon a couple of supposed Windows Mobile 7 leaked shots, as part of its accompanying info. 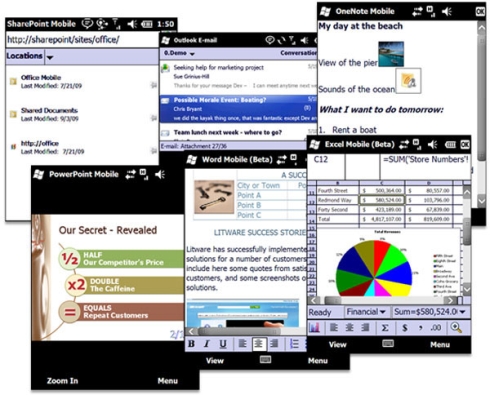 The new suite comes with WYSIWYG editing capability in Word, PowerPoint and Excel, plus SharePoint Workspace Mobile, as part of the features. The latter will manage Office documents by using the office’s servers and since we’re in the functions area, we must mention a Bluetooth mode for PowerPoint, allowing you to use the handset as a second screen.

Via this second screen, you’ll be able to show slide notes in real time, while using the PC for a presentation. Windows Marketplace now offers Office Mobile 2010 only for WM 6.5, but don’t expect any ports for 6. and 6.1.