Home Technology Oppo Find 9 and Vivo Xplay 5 Could Be the First Devices...

Recently, after Qualcomm announced the fact that the Snapdragon 810 processor will be officially shipped starting early next year, today we get to know through Pan Jiutang, a popular Chinese analyst the fact that one of the first devices that will bring the 810 processor could be the Oppo Find 7, Vivo Xplay 5 or the Xiaomi Mi5. A while ago, Pan Jiutang was the one who said that the Pro version of the Meizu MX4 won’t bring the circular home menu button.

This new 64-bit processor from Qualcomm (MSM8994) is using the 20nm technology packing an octa-core architecture ( four Cortex-A57 cores and four Cortex-A53 cores), being based on the big.LITTLE technology. Among the features supported by the Snapdragon 810 processor we have 4K screen resolution, 4K video decoding at 30 fpx, video capture at 120 fps (1080 p), and support for Adreno 430 GPU. 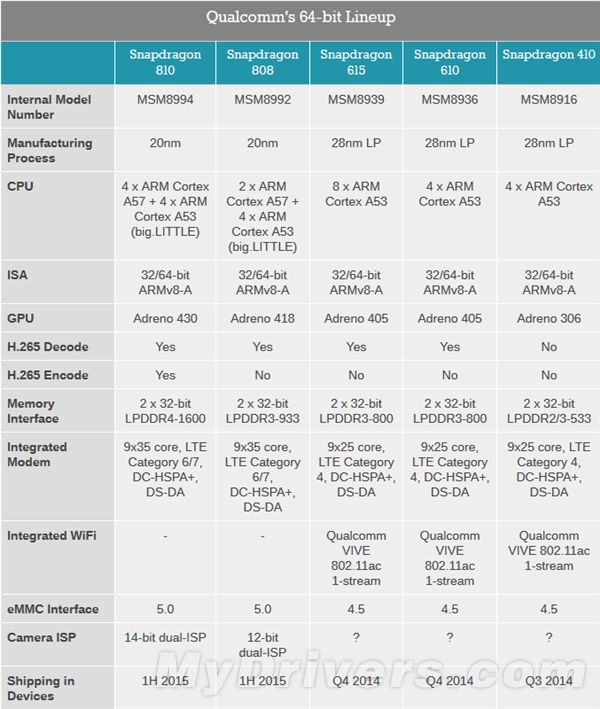