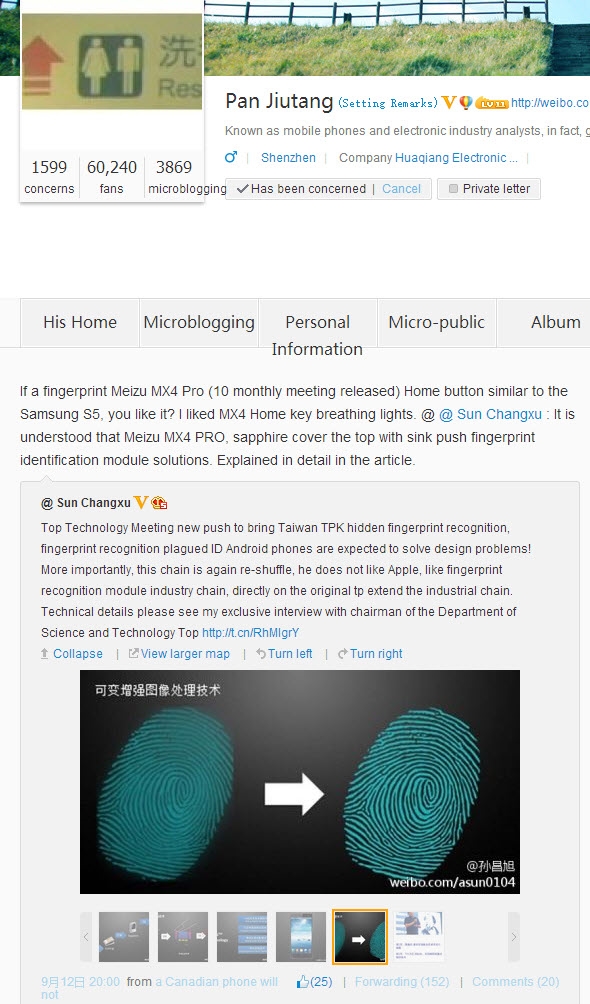 After Meizu introduced on the market the MX4 smartphone, now is rumored that an upgraded version of this one, called Meizu MX4 Pro will be launched soon. Among the things we already know about this upcoming device is the fact that we’ll get a fingerprint scanner, a component that seems to become a lot popular lately as more and more producers are launching such devices.

Today, through a post from the Chinese social platform Weibo, Pan Jiutang, a reputed Chinese analyst said that the Meizu MX4 Pro won’t bring the popular circle home button that we see on the standard edition. However, we’ll have in our hands a device with a fingerprint scanner similar to the one from Samsung Galaxy S5 that will offer an improved security and future payment solutions.