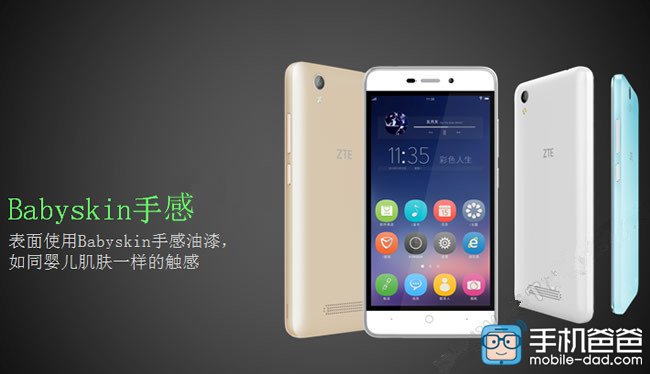 While at the moment ZTE is on the stage revealing the Nubia Z9 amazing smartphone, we get to know some more details about another upcoming phone developed by the Chinese company. The smartphone in case is called ZTE Q519T, a low-end phone that recently received certification from TENAA.

Through a new leak we get to see a couple of press pictures with the phone and to also know what battery hides under its back cover. In terms of specs, ZTE Q519T will bring a 5-inch LCD panel with a 1280 x 720 pixels resolution, a quad-core processor, 1 GB of RAM memory, 8 GB space of internal storage, a 5-megapixel rear camera and a 2-megapixel selfie sensor. 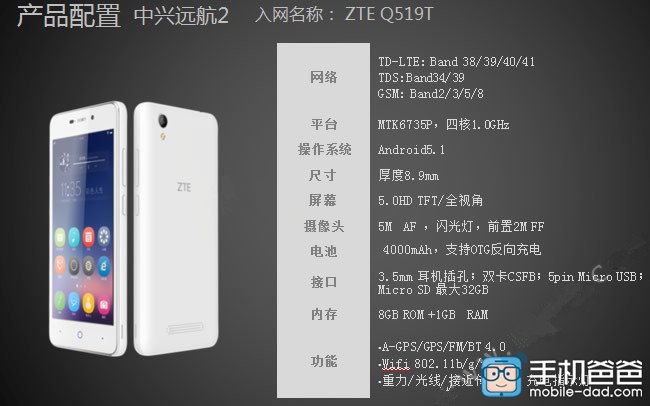 It seems that this phone will pack a 4.000 mAh battery, 4G LTE connectivity and Android 5.1 Lollipop, variant that isn’t yet available on some Nexus devices like the Nexus 9. According to the pictures above, ZTE Q519T will be available in three different colors for a $112 price tag.