Qik have just announced an update to their Windows Mobile video streaming client, that has now reached version 4.21 and comes with a very hot UI. The update also brings better sharing via Twitter, Facebok, YouTube and better performance to the scene. 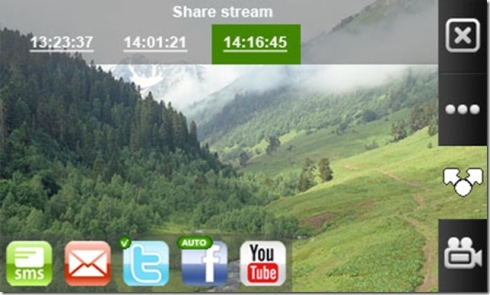 The user interface of the 4.21 version comes with an easy start recording feature and you’ll have to know that the most commonly used functions will be available from the viewfinder, a single touch away. There’s also a contextual touch menu on the side, allowing the user to toggle options, like connectivity, privacy or audio capture.

Also, sharing a video stream is now done with a single touch as well and you’ll be able to share via SMS, email or social networks, if you want to.