The most basic form of leaking a device is its codename, followed by a mention in a benchmark database. Sometimes benchmarks can reveal groundbreaking stuff, like introduce us to the first 8 core ever, like they did months ago. Now we get to witness the first sighting of a quad core Windows Phone device.

I’m talking about the first quad core Windows Phone Nokia Lumia device, spotted on the benchmarking site GFXBench. The entry clearly shows a mystery Nokia Lumia with 4 cores and Windows Phone 8. The screen is also confirmed to be a 720p one, not Full HD yet sadly. The data here shows a major boost in the performance of the device, at least compared to the Nokia Lumia 620, for example.

In the 1080p off screen fill, the new model scored 4 times as much as the Nokia Lumia 620, while in another test it scored 3 times as much. I’m guessing that Qualcomm is once again the SoC of choice for Nokia and Microsoft in this situation, so maybe a Snadpragon S4 Pro Lumia is coming, maybe even the EOS model. 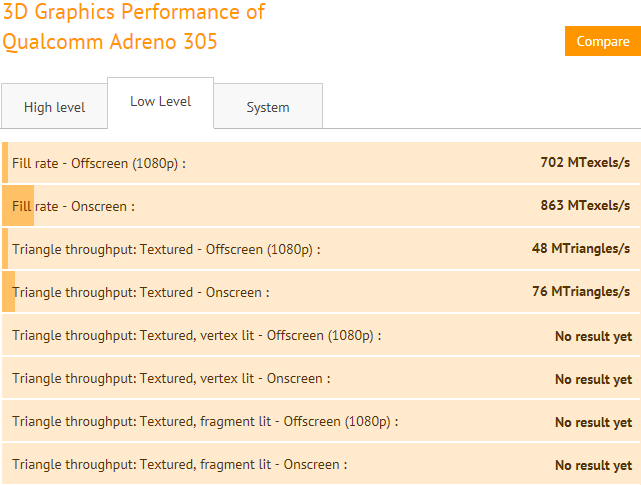