Home Vaio The Retail Box of Vaio Smartphone Gets Pictured Again; This Time in... 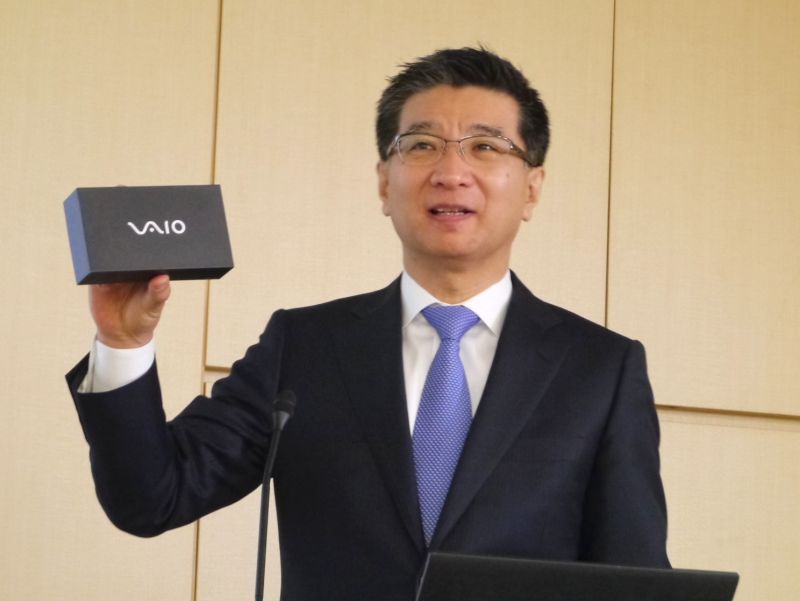 After Vaio’s first smartphone retail box showed up yesterday in a leaked picture, today, Fukuda Naohisa, the vice-president of Japan Communication was pleased to reveal to the press the retail box of the upcoming device that will arrive on the market with Vaio branding. 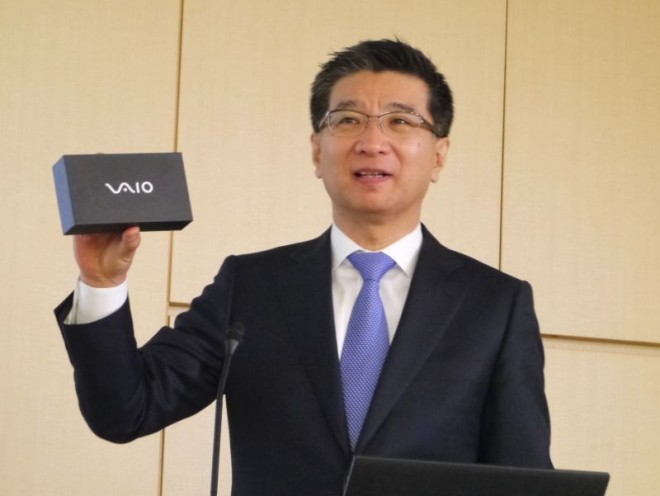 As you can notice from the pictures, the box of this first Vaio smartphone resembles a lot with the ones used by Apple on their iPhones devices. We get just a big logo on the top of the box, while the rest is completely black, as well as the inside. 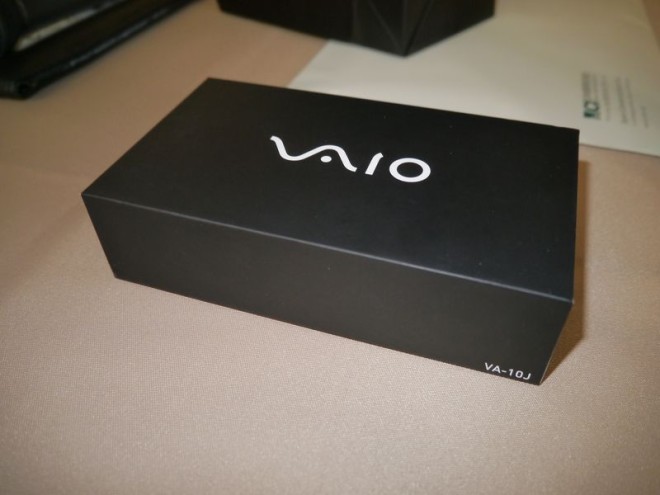 From the information received today, is expected that the first smartphone with Vaio branding to be officially launched next month during a press event in Japan. In terms of specs, we might get a 5-inch panel with unknown resolution and possible a quad-core or an octa-core processor inside its case. How do you think this Vaio device will look like? 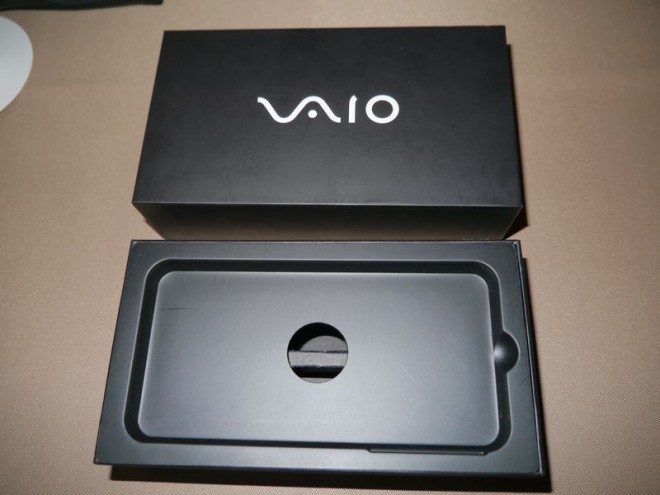 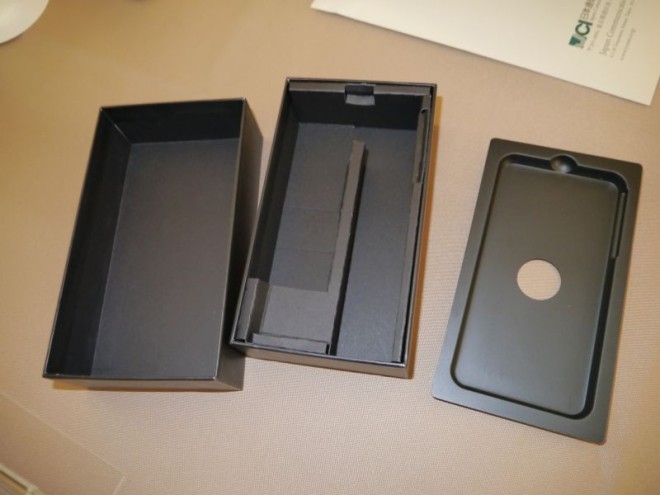 VAIO Commits to Windows 10 Mobile, Together With a Few Other Companies, Like Thirdwave, Acer and Nuans