Samsung’s Galaxy S smartphone continues to rock, reaching an important milestone in South Korea: 500,000 units sold in over a month. Thanks to the new handset, local carrier SKT gained 200,000 new subscribers and we learn it took a mere 33 days to surpass this sales figure. 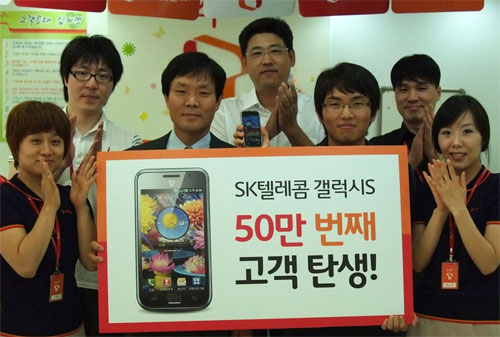 Galaxy S is one of the fastest selling smartphones in South Korea, having passed the 100,000 mark in only 6 days following its launch. The 200,000 sales figure was reached after 10 days and another 100k units were sold in the following 9 days.