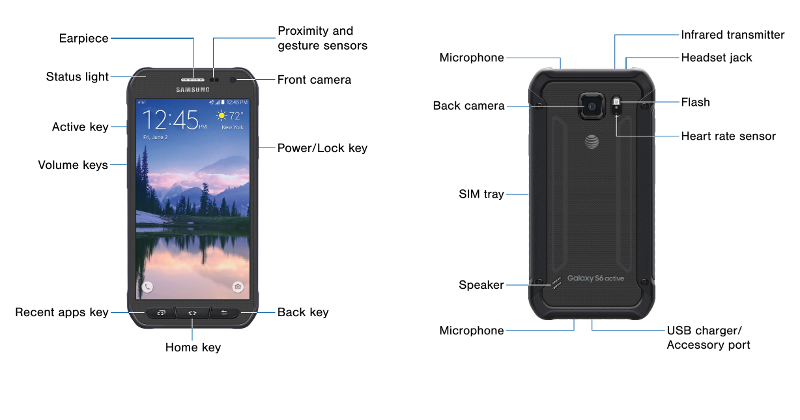 Just the other day @evleaks posted on the web a press render for the upcoming Samsung Galaxy S6 Active and today we’re witnessing a new leak. This time we get a full specs list for the device, courtesy of Samsung USA itself. 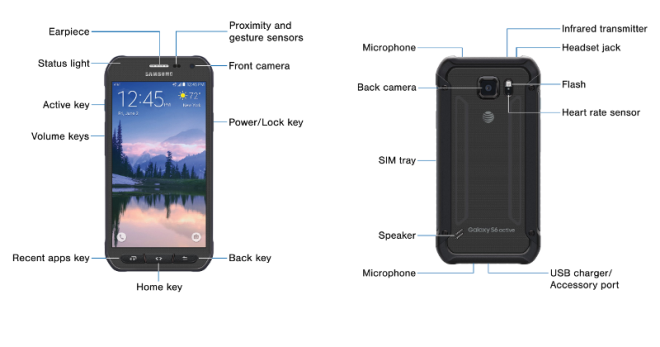 They accidentally posted a support page for the device, under the name SM-G890AZWAATT. This is the AT&T version of the S6 Active, the rugged model that’s derived from the Galaxy S6. This handset has a bulky exterior and it’s resilient to dust and water. This year’s model also brings an IP68 rating, which is the highest available in its class.

Galaxy S5 Active was only at IP67 last year. Other than that we get pretty much the same specs as the Galaxy S6, including a powerful octa core Exynos CPU, 3 GB of RAM, 32 GB of storage and a 5.1 inch Quad HD screen. There’s a 16 megapixel F/1.9 back camera and Android 5.0 as the OS. The battery remains the same, with a 2550 mAh capacity.