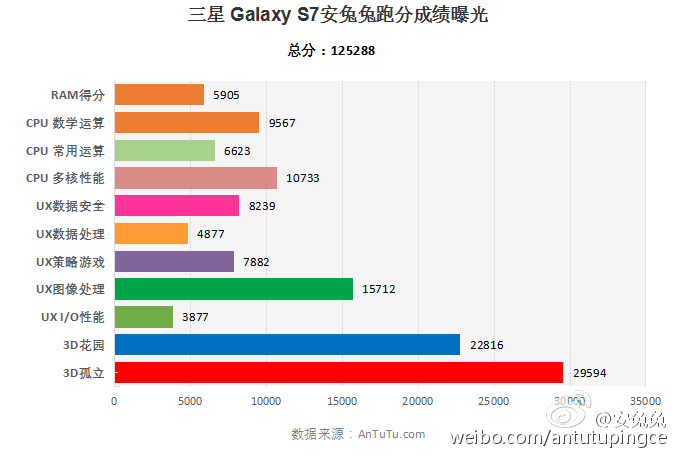 Samsung Galaxy S7 recently got benchmarked in GeekBench, only to reveal that it scored less than Galaxy S6 in one of the sub tests. Now it gets benchmarked in AnTuTu, to reveal a score that seems impressive at first sight, but when compared with other models, not so much. This is the Snapdragon 820 version we’re writing about. 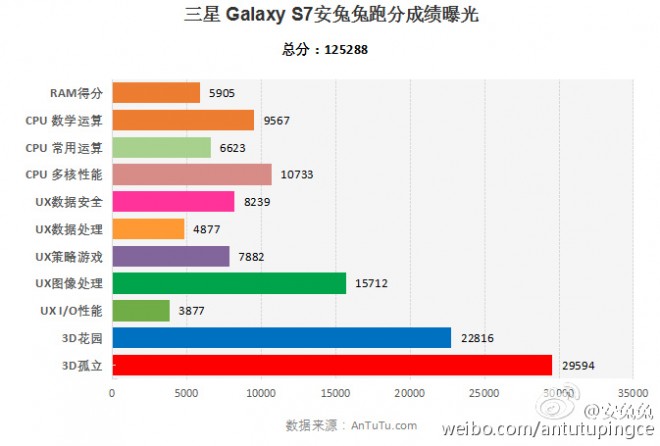 While the Galaxy S7 scores 125.288 points in AnTuTu v6.0, the Qualcomm reference design handset with Snapdragon 820 scored 131.648. Meanwhile, last December we saw the LeTV Max Pro, also powered by the same CPU reaching 133.357 points. The two devices have similar specs, at least on paper. Both the Samsung unit and the LeTV (now LeEco) one have 4 GB of RAM, the same CPU, a Quad HD screen and Android 6.0 Marshmallow.

The detailed results show that the LeTV model handles RAM and 3D tests more efficiently. Of course, the Galaxy S7 tested here is a mere prototype and the finalized version may pack more punch. We look forward to seeing the Exynos unit put through the same test.