We saw this coming and it has happened! After 10 years of partnership Sony and Ericsson will become one… so no more joint venture. Sony will completely buyout Ericsson, that till now had a 50 – 50 part in the Sony Ericsson venture. Ericsson will get 1.05 billion euro in exchange for its 50% stake. 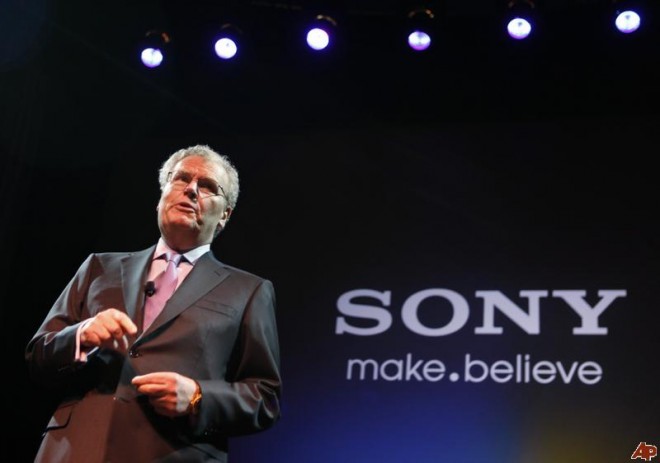 Right now Sony CEO and chairman Sir Howard Stringer (pictured above) is making the announcement about this switch, together with Hans Vestberg, president and CEO of Ericsson. Taking place in London, this event might draw some people away from the Nokia World 2011 conferences taking place at the same time and in the same town. You’ve got a webcast here, if you’re curios.

As far as the buyout goes, know that it’s been 4 years since Sony Ericsson entered the smartphone market with the P1 model, but they’ve failed to make a big splash yet. Staying away from dual core technology and Windows Phone, they went all the way with Android, great cameras and social networking features. I, for one miss the days of the Cybershot and Walkman, although the later has been revived as a rebranded Xperia series. Sony now has the change to leave its mark on the smartphones and tablets it launches and completely integrate them into the PlayStation, Bravia and other product series.

January 2012 is when the separation will be finalized, provided that the regulatory authorities give their approval. The good thing here is that Sony will also get some new patents available through cross-licensing agreements, so they may be the next giant that attacks Apple on the behalf of Android.