After the N97, it seems that every company out there wants to manufacture a “mini” version of a popular smartphone. This is also the case of the XPERIA X10, that just got a little sidekick called Robyn, pictured in the image below. 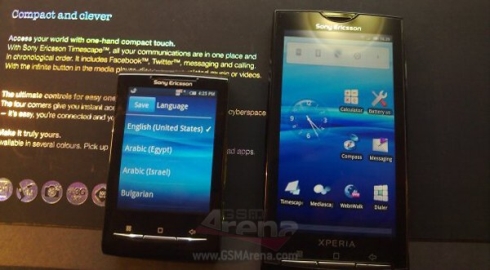 This is an unannounced phone, an Android smartphone that can be considered the mini version of the XPERIA X10. Robyn looks just like the famous Android smartphone, unless you count that the fact that it’s twice as small, but still it manages to pack a touchscreen display and run the Android OS.

We have no info on its specs, but what we do know is that the device supports social networking, it uses the Timescape UI and it supports 3G connectivity, plus it incorporates a camera. Expect it to be available in many colors and remember that this is the second SE phone we’ve seen surfacing in 2010, after the Kanna model.