Sprint and LG have just revealed two new handsets for fashionistas today, the LG Lotus Elite and Rumour Touch models. The first keeps many of the specs of its predecessor and it gets pictured in the following image. 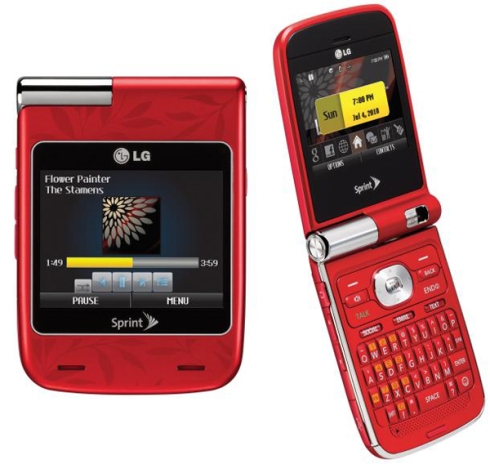 LG Lotus Elite comes with a 2.4 inch display, with a 320 x 240 pixel resolution, CDMA/1xRTT connectivity, a QWERTY keyboard, Bluetooth with A2DP, GPS, a 2 megapixel camera and a music player with external controls. The handset’s feature list includes a microSD card slot and support for the full suite of Sprint apps.

Lotus Elite will be available starting January 10th for $99.99 via Sprint, with a 2 year contract and after a $50 mail in rebate. The black version of the phone will go live on February 14th, as the perfect Valentine’s day gift. 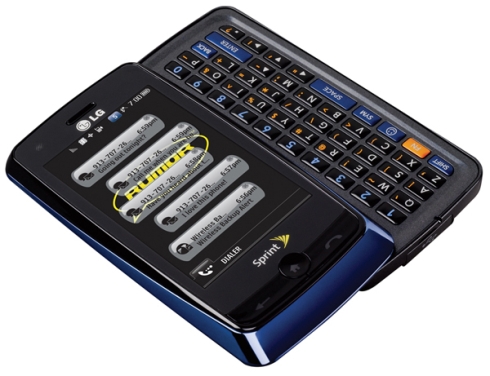 Sprint and LG also announced the LG Rumor Touch model, pictured above and packing a sliding QWERTY keyboard, a 3 inch WQVGA touchscreen display, a 2 megapixel camera and support for 3G EV-DO connectivity. There’s also a 3.5mm audio jack on board, plus a microSD card slot, Stereo Bluetooth, GPS and support for Sprint’s apps.