Russia’s economy is not taking the depression so well, so the country’s president, Dmitry Medvedev is looking at the US to turn things around, according to Reuters. And what better place to look for support than Silicon Valley? Yes, folks, Medvedev will be working with people like Steve Jobs, searching for new means of profit. 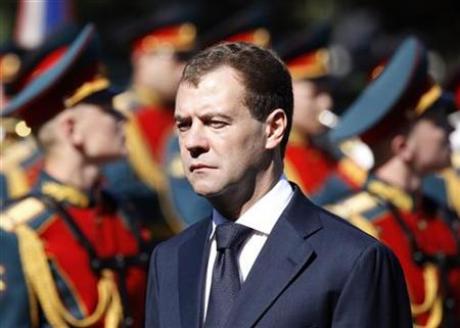 Russia has relied greatly on its natural resources over the past decades, fuelling Europe with natural gas and the international market with petroleum. Medvedev is looking for alternative businesses and Russia also wants to join the World Trade Organization, a matter that will be discussed by the Russian president and Barack Obama later in the week.

During the Silicon Valley trip, Dmitry Medvedev will visit Steve Jobs, Apple’s CEO, John Chamber, chief of Cisco Systems Inc and Evan Williams, Twitter’s founder. The issue with Russia is the fact that it’s rated 2.2 out of 10 as far as business confidence is concerned, mostly because of its corruption issues, putting it on par with some African countries.