The folks of Dev Team, the famous hacker team behind the software that unlocks iPhone handsets have recently released a jailbreak tool for the iPhone OS 3.0 and now the ultrasn0w utility is also available. The latter allows an iPhone 3G running iPhone OS 3.0 to run on any GSM network. 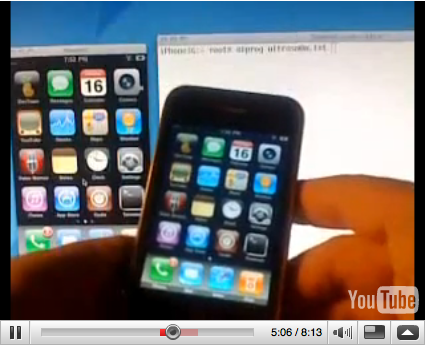 Keep in mind the fact that ultrasn0w will only work on the first iPhone or the iPhone 3G and we’ve got some waiting to do, till the 3GS version is out. The new tool replaces the older version, yellowsn0w, famous for the fact that it’s the first one of its kind on the iPhone 3G.

In case you’re using the first gen iPhone, you’ll be able to unlock it, by using PwnageTool 3.0, while the iPhone 3G owners will first have to resort to jailbreak through PwnageTool and then install ultrasn0w. This unlocking method allows the average user to hack the baseband firmware of the iPhone 3G, controlling the way the device connects to the GSM networks.

The full process of jailbreaking and unlocking is detailed here.