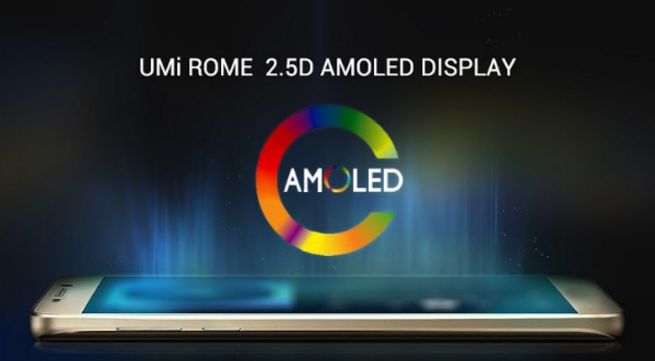 A few days ago, the Chines company UMi revealed a first teaser image with an amazing device that is currently under development. The phone in case is called UMi Rome and brings a design similar to the Galaxy Note 5 phablet, a pretty nice “feature” if we can say so.

Today, UMi confirms that the phone pictured above will be officially launched next month in December. In the same time, this pictures shows us the fact that even the back cover of the phone will have a curve, just like Samsung’s phablet launched months ago.

In terms of specs, UMi Rome will bring a 5.5-inch HD AMOLED display with 2.5D Glass on-top, an octa-core Mediatek MT6753 processor clocked at 1.3 GHz, 3 GB of RAM memory and 16 GB space of storage. There’s a 13-megapixel camera (Sony IMX164) with dual-tone flash, and a 2-megapixel front-facing camera with LED flash as well.

This phone will run Android 5.1 Lollipop from factory and it will pack a 2500 mAh battery. Its case will measure just 7.9 mm in thickness. All these specs are coming on a $89.99 phone, pretty amazing if you’re asking us.