Microsoft has just started sending out invitations to a Windows Phone event in New York taking place on November 7th. The Windows Phone team will be present including Andy Lees and Joe Belfiore, plus other partners of MS. 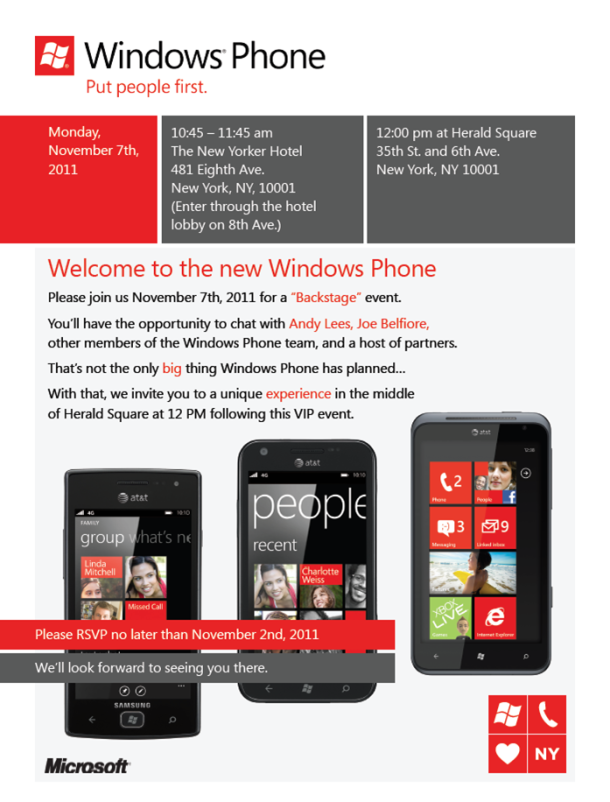 This is considered a backstage event and it may be meant to officially showcase in the USA both the Lumia 800 and Lumia 710 models from Nokia. However, this could simply be an event to show a bunch of other WP Mango devices, not only Nokias. There’s always that tiny possibility that we’ll get to see some glimpses into the world of the Tango update… although that’s less likely.

One thing’s for sure: the event is big enough to draw major Microsoft officials, fans and members of the press. Considering that Nokia Lumia 800 and Lumia 710 will come in 2012 in the US, there’s really no rush to show them locally, right?