Home YotaPhone YotaPhone 3 Confirmed to be In Development, Coming Out in a Year... 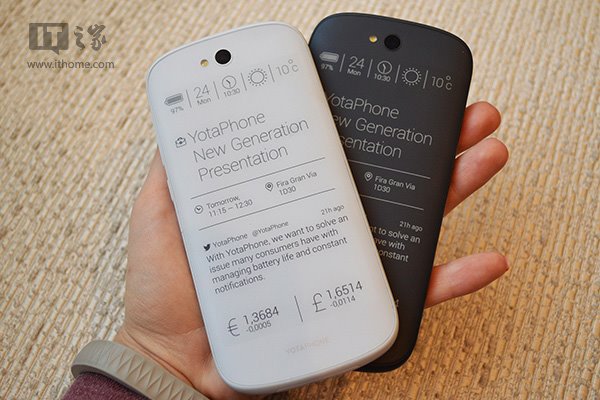 The Russian edition of Forbes has confirmed that the YotaPhone 3 handset is being developed right now, with plans to debut it in about a year and a half. The newcomer has a long time till it gets released, since the YotaPhone 2 was barely launched this month.

The first unit was the YotaPhone 1, developed by the Russian company Yota Devices and it went on sale on December 27, 2013. President Putin gave a new generation YotaPhone to Chinese officials during their visit in Russia and highlighted a potential Chinese-Russian partnership for future models. These devices stand out through the use of dual screens, one at the front and one at the back.

YotaPhone 2 relies on a 5 inch AMOLED display for movie viewing and such tasks, plus an extra black and white 4.7 inch E Ink screen for notifications and ebook reading. Sources close to the development of the new YotaPhone 3 claim that it may come with solar battery technology, special tactile feedback, improved speakers and a “virtual camera used for communication”. A magnetic charger like the MacBook one is also being considered.