Mozilla is another very well placed Open Source developer that, as Canonical and their Ubuntu Phone, intends on launching its own version of a mobile OS. A few weeks ago the reference design Firefox OS smartphones were shown around the globe and posted for developers to purchase. 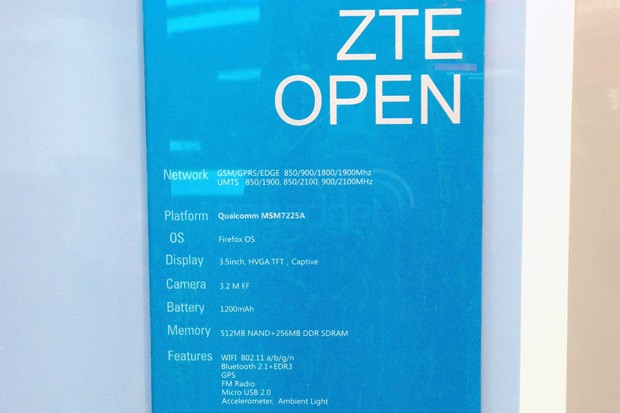 Firefox OS wants to be light and clean, a perfect option for those that want an advanced OS that does not cost much and is well implemented. In the reference design line-up we´ve seen the most powerful smartphone based on a Snapdragon S4 dual-core architecture on which the Firefox OS ran very smooth, even in a pre-release form. As the time passes we will see manufacturers getting interested to observe if the OS is worth investing in, though it looks like ZTE has already decided.

Just over a day ago we covered news about ZTE wanting to be the first to launch Nvidia Tegra 4 based devices. Now it looks like the´re intrested in also being among the first to have a handset on the Firefox OS platform. The ZTE Open is expected to be unveiled at MWC and it supports a low-end configuration, with the under 1 Ghz clocked, Cortex-A5-based Qualcomm MSM7225A. The device features 256MB DDR SDRAM, 512MB NAND storage and connectivity with WiFi 802.11a/b/g/n, Bluetooth 2.1 (with EDR3), GPS and FM radio. There is a 3.2 MP fixed focus camera on the back and the device will be available in three SKUs with different UMTS bands: 850/1900, 850/2100 and 900/2100.