Want a Windows Phone budget device for your Xmas-drained pockets? Then, if you live in the UK you’re lucky enough to have available the ZTE Tania, a WP handset with mediocre specs, but also the money to go with them. ZTE Tania is the model I’m talking about, a device that comes with a 4.3 inch 800 x 480 display and a single core 1GHz processor. 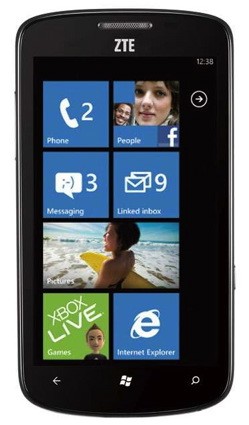 Based on Windows Phone Mango, this handset also brings 512MB of RAM and 4GB of internal storage, plus a 5 megapixel camera at the back, specs that you’d easily find on a phone at the end of 2010, frankly. You’ll find this product on Virgin Mobile, Brightpoint and Go Mobile for around 10 or 20 quid per month (in contract), while the off contract price is around 250 pounds or $390. On this device you get the usual WP experience, including Xbox Live interaction, a People Hub for social interactions, the efficient multitasking via the Back button press and app switching, plus an improved IE Mobile experience.

ZTE Tania takes pride in being the most affordable 4.3 inch Windows Phone unit and it’s probably right in that aspect. Well, considering what Nokia is selling these days and what they’re preparing for, aren’t you more tempted to spend your money on this device than add an extra 100 quid for a Nokia with not much added?