AT&T has finally confirmed its very first Motorola Android smartphone, a device formerly known as the MB300 Backflip. Turns out that the phone will run MOTOBLUR, with its cool social networking features and it’ll include a distinctive hinge, plus a backward-facing QWERTY keypad. 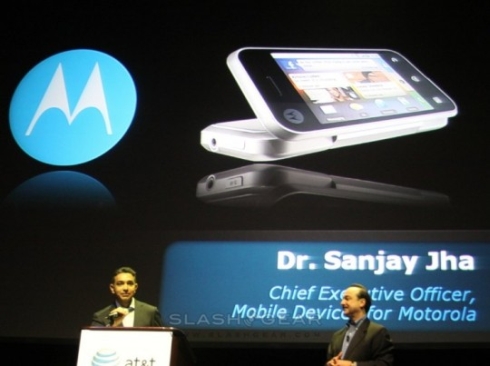 The device will be sold exclusively through AT&T and launched in the first half of 2010. During the official press event, Moto’s officials announced that this new handset will be available ahead of Dell Mini 3 and HTC’s fresh Android phones, scheduled to reach AT&T as well.

No info on price or the official name of the handset, so we’re stuck with Backflip for now.