CES 2010 is in full bloom as we’re writing this piece and LG has already taken the floor and impressed everyone by announcing that they’ll ship Windows Mobile 7 phones this year. This is quite a strange piece of news, since Microsoft have yet to announce WM 7, but maybe they’ll do it in the following days. 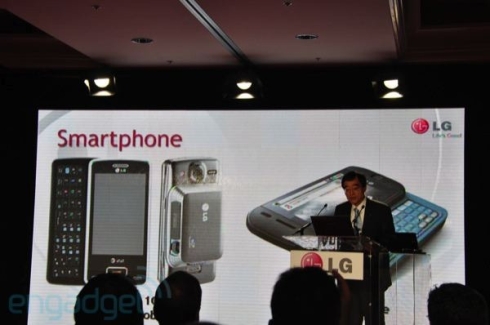 LG’s 2010 portofolio will include tons of WM 6.5 and WM7 handsets, but we also have a feeling that Android won’t be left on the side. At least we know what to expect now, since we can consider the Cookie and Viewty maker a key partner for Microsoft.

The Redmond giant will assist LG in customizing the new mobile OS for its handsets later in the year, so we could witness the birth of a new and appealing UI.