Just as LG was announcing Windows Mobile 7 phones @ CES 2010, the company manages to leak a brand new handset, that looks pretty hot. Made public by a GSMArena tipster, the LG GD880 Mini is a yet unannounced phone that comes with a bunch of specs to complete its cool image.

GD880 features a 3.2 inch touchscreen display, with a 480 x 854 pixel resolution, a 5 megapixel camera, Bluetooth, GPS and a microSD card slot. 3G with HSDPA is also on board, as well as FM radio, 100MB of internal memory and WiFi connectivity.

We have no info on the OS that this device will run, but its lockscreen looks like S-Class UI material. As far as the price is concerned, LG GD880 Mini should cost around 350 euro and we also found out that the phone will support social networking features and full PC sync. 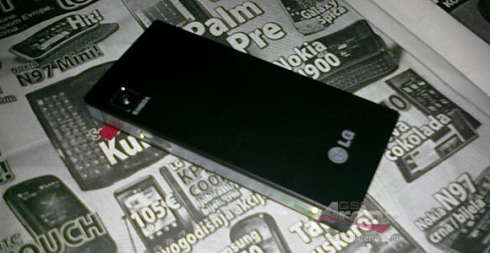