Verizon’s finally preparing BlackBerry Pearl Flip 8230 for the big launch, on June 19, after they’ve just announced its upcoming release. However, the handset is already available through Alltel and T-Mobile, but if you’re a Verizon customer, you’ll probably want this version. 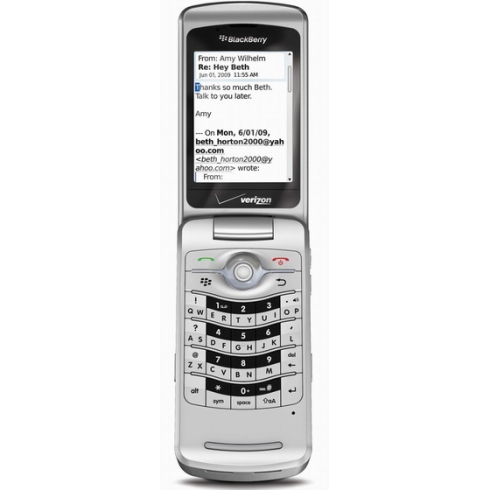 Pearl Flip 8230 is compatible with VZ Navigator and comes with a SureType QWERTY keypad, an internal and external display, a 2 megapixel camera with flash, voice dialing, microSD card slot and access to BlackBerry App World.

BlackBerry Pearl Flip 8230 will hit Verizon in silver in two weeks from now and it’ll be yours for $129.99 with a 2 year contract, after a $70  mail in rebate. Keep in mind that this price is higher than the one that Alltel is asking for this Pearl model with $50.