While some scientists claim that cellphones are killing us with all that radiation and constant use so close to our brains, every once in a while the good old handset proves useful. This is the case with R.J. Richard’s Motorola phone that saved his life, by stopping a stray bullet. 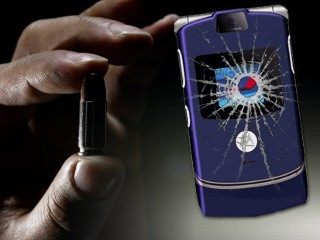 The 68-year-old man from Covington, LA felt the bullet hitting his chest pocket and after pulling out the RAZR handset, he noticed the .45 caliber bullet that fell from its case. R.J. Richard claims that putting his phone in the pocket was an act of God and that he’s grateful for it. So, turns out Motorolas are rock solid after all, right?