It’s been a crazy Friday for BlackBerry lovers who waited in front of Verizon Stores yesterday, hoping to get their hands on the brand new RIM device. After the handsets ran out in less than an hour after the mid-town Manhattan store had opened, the crowd went wild and police had to restore order.

Hundreds of people were also queuing up at the other Verizon Stores on the US east coast, but the carrier’s inventory isn’t an issue, as claimed by its officials. 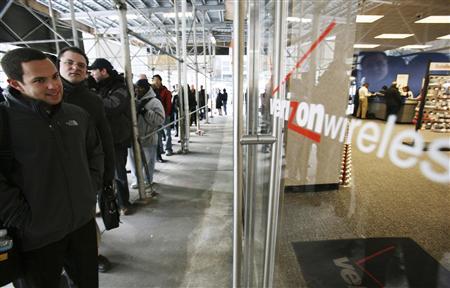 This situation is similar to the one that appeared when Vodafone launched Storm in the UK and had to deal with thousands of pre-orders of the device. The new BlackBerry is offered for free by Vodafone UK with a contract and this handset is so hot, that it even increased Verizon’s shares by 5% due to the US launch.

BlackBerry Storm should be another one of the handsets to buy this Christmas, as it’s available for $200, just like the iPhone, with a 2 year contract. Queues are being formed everywhere right now, in places like Washington or San Francisco, as the Storm-mania grips the country, not quite like the iPhone one, but still good enough to deplete Verizon’s inventory.