Facebook has just updated its Windows Phone app to version 2.3, that brings the usual bug fixes and some redesigned features. There’s also the Facebook Pages area, Groups andyou can view likes, plus get news feed filters. 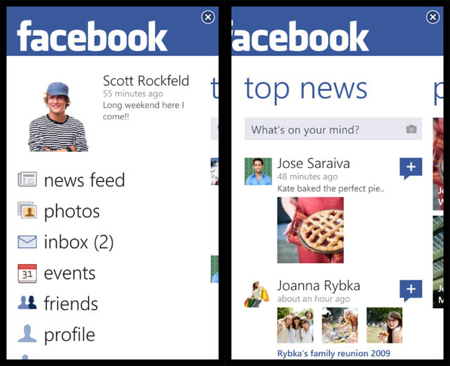 There’s banner images and privacy settings for invididual posts to the WP7 handset. This FB app also offers redesigned profile pages and panoramas for a better news feed performance and navigation. The bug fixes are obviously here and if you were unhappy with something in the previous version, it’s probably corrected right now.

Facebook for windows Phone 2.3 is still behind the Android and iOS versions in terms of functions, especially because the Windows Phone platform is less popular, although it’s growing pretty quickly. The design is also different from what we get on iOS, Android and eventhe Facebook mobile web app. iOS and Android are the top of the game right now, while the WP Metro UI is the one that requires certain tweaks on apps.