Mozilla was looking for a “Firefox Goes Mobile” symbol/logo/image and they created a design challenge for this, with the result being the following image, dubbed Pocketfox. Yaroslaff Chekunov is the creator of this logo, that’ll be used as an avatar on social networking sites, on mozilla.com and on t-shirts. 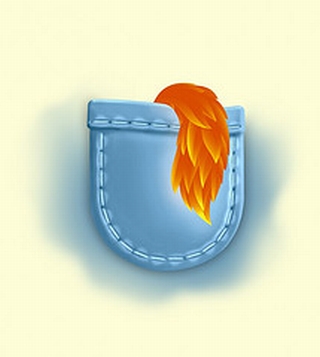 Yaroslaff is based in Krasnodar, Russia and claims that his design was inspired by Firefox itself and the idea was supported by his wife. It’s interesting to note that the four runner-ups are from all over the world, from Brazil, to Netherlands, Indonesia and the Philippines.

Mozilla also launched a new challenge at the Creative Collective, called Five Years of Firefox, aimed at celebrating the browser’s 5th birthday by creating designs linked to this milestone.