Geeksphone is the inaugural seller of Firefox OS smartphone starting today, with the two models Keon and Peak. The first costs $119 and the second and more upgraded is the Peak, priced at $194. The online retailer will send these developer models all over the world. 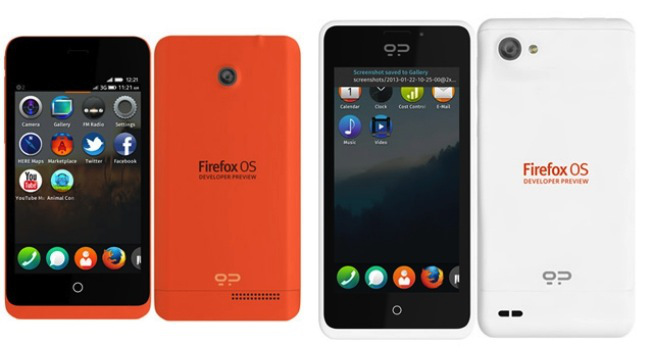 Geeksphone is only one of the companies who are selling Firefox OS handsets and the alliance behind the OS includes a bunch of carriers and device makers, including ZTE and Acer. Keon packs a 3.5 inch display, entry level specs, like the 1 GHz Qualcomm CPU and a 3 megapixel camera. This model targets the low end of the market and it’s meant for the regions of South East Asia and South America.

Peak is more evolved, with a 4.3 inch display, a dual core Qualcomm 1.2 GHz processor and a 8 megapixel camera. Specs include 512 MB of RAM, 4 GB of ROM and a microSD card slot. The resolution of the device is qHD and upfront we’ve got a 2 megapixel camera Both models are currently sold out and you should know that Geeksphone is able to fulfill orders at a rate of about 5,000 per day.