After Nokia’s announcement that it will develop Windows Phone 7 devices in partnership with Microsoft, the Redmond software giant gave the Finns some privileges, as far as handset development is concerned. Thus, Nokia will be able to customize WP7 units the way they please, something not available for other partners, like HTC for example. However, the Taiwanese phone maker is not bothered by this. 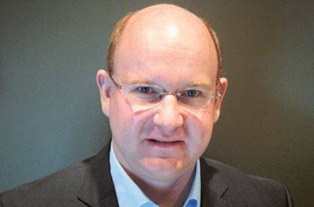 Analysts expected that big Microsoft partners, such as HTC would start straying from the WP7 projects, because of Nokia’s privileges. HTC EMEA president, Florian Seiche (pictured) recently told the folks of GulfNews.com that Nokia’s cooperation will have a great impact on the industry.

He also mentioned that the HTC was “the first company to launch a range of Windows models last year”. More models were promised by the HTC officials, so we’re expecting goodies in the coming months. Florian Seiche also claims that 80% of the Windows Phone 7 devices sold in 2012 were produced by HTC, a number that seems pretty exaggerated, if you consider the quality and appeal of the Samsung models.