More images of the much awaited Blackberry Storm have sprung out of nowhere. Just as before, the device bears the Verizon logo on its case. Can it be clearer than it has already become? The smartphone is heading towards a near and definite release announcing, with all chances of seeing it come from Verizon. 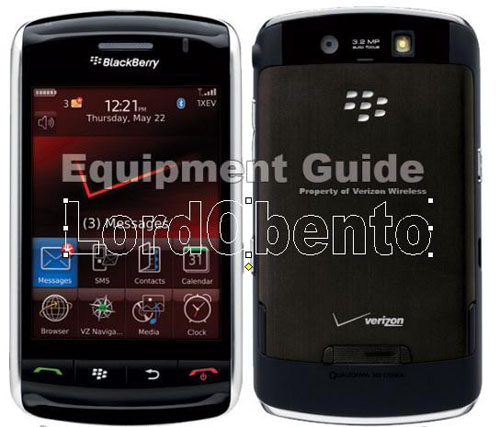 The device shows off a 3.2 megapixel camera in the picture, which might turn out to be a definite advantage, as the handset makes little compromises, despite its business look. In its plastic case office suit, the phone brings all Verizon services, including the Navigator one.

Blackberry Storm looks sexy in the pictures, with a large and impressive touch screen and just a few buttons at the bottom for some fast functions. I can already hear all other high end handsets trembling with fear from every binding and also the curiosity tremble of people who can’t wait to get their hands on it.