We’ve heard about LG LU2300, then LG Aloha and now the device is known as LG Ally, coming to Verizon soon. However, the original specs of the handset have changed and a different version of the feature list is available on the phone’s official site over here. 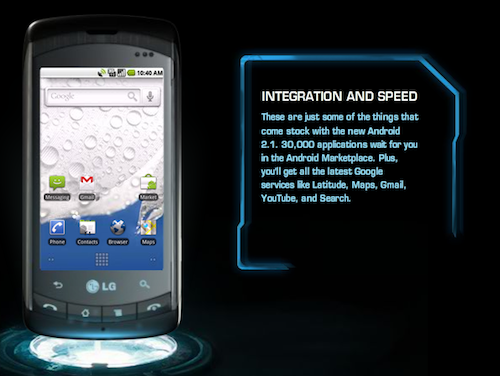 As you can see, the website is packed with Iron Man 2 content, as will the device when it launches. As far as specs are concerned, LG Ally gets Android 2.1, a 3.2 inch touch display, a QWERTY keyboard and a 3.2 megapixel camera. There’s also a microSD card slot on board, plus WiFi and Bluetooth.

May 20th is when we’ll be seeing this baby in stores, at least in the US.