Since LG Arena KM900 hit the web, it’s been one of the most talked about handsets, generating almost as much hype as the uber-smartphone Toshiba TG01. This time, LG decided to details the phone’s cool 3D S-Class interface, while also confirming some additional specs. 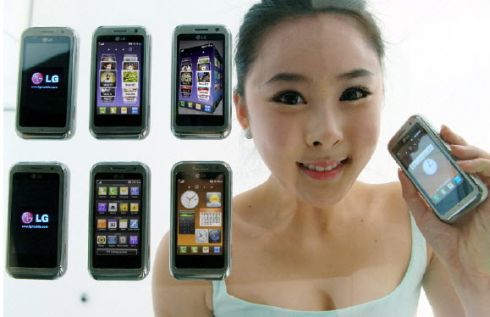 The manufacturer of KM900 confirmed the inclusion of a 5 megapixel camera on the specs list, Dolby Mobile, 8 GB of internal memory and a microSDHC memory card slot with support for cards of up to 32 GB. There’s also a release date confirmed for the handset, at least for Europe: March 2009.

What we’ve learned about the 3D S-Class interface of the phone is that it supports multi-touch, allowing the user to expand and collapse web pages and pictures. There’s also a multimedia chip inside the device for fast Flash UI operation and even haptics feedback on board, for more “feeling”.

Last, we found out that the interface uses a horizontal quick menu (bottom side) and a 3D cube, with sides that stand for menus like: multimedia, shortcuts, widgets and phone functions.