Canadians have all the reasons to be happy since 2 new LG handsets are coming their way, Bliss and Keybo2, via TELUS and Bell. For now, their specs and colours have been published on the official LG site. 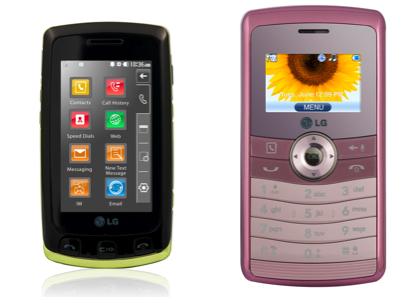 LG Bliss will retail via Bell on August 7th for $79.95 with a 3 year contract, $129.95 with a 2 year contract or $229.95 with a 1 year contract. You can also get this phone outright for $279.95 and know that the LG handset comes with a 3 inch touchscreen, a sleek design, a 2 megapixel camera with video recording and social networking  features.