As you might remember, LG and Microsoft became partners in February, this year and the South Korean handset maker made Windows Mobile its primary software platform for handsets. Now we learn that LG plans on launching three Windows Mobile 6.5 smartphones in the next weeks. 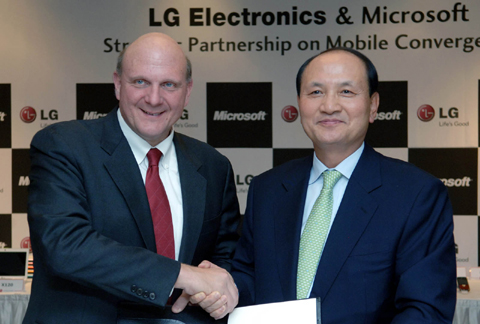 LG, the world’s third largest cellphone maker plans to launch 13 new Windows Mobile handsets by the end of 2010, so they’re on the right track. The upcoming phones are the first WM 6.5 handsets manufactured by LG and they’ll probably come at the same time with hot devices like the XPERIA X2 or HTC Mega.

Through this initiative, Microsoft hopes to finally get a bigger piece of the market share now occupied by Symbian, a platform that’s being used on two thirds of all smartphones. We have to mention that LG is also part of the Symbian Foundation and it plans on launching Google Android phones, so they’re not only about WM.