If you’re looking for a projector phone, LG eXpo might be the answer, specially since the phone was launched yesterday by AT&T and it comes with an optional DLP pico projector that can be attached to its back. As you can see, this accessory makes the phone quite thick, but that’s the price you have to pay for extra features. 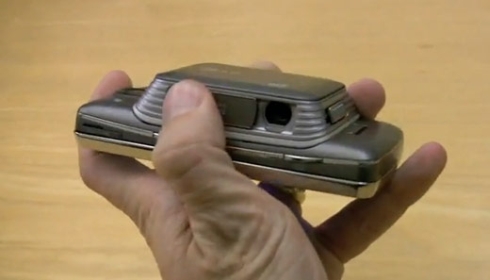 eXpo is the first 1 GHz smartphone on the US market and one of the first handsets to bundle a pico projector as an accessory. The latter is able to snap onto the back of the phone via a bunch of contacts underneath the battery’s case, making the LG device ideal for presentations.

LG’s handset goes for $200 (rebate included), with a two year contract, while the projector costs an extra $179. The DLP pico projector is able to show images with a 40 inch diagonal at a distance of up to 8 feet. Here’s the tiny device in action in the video below: