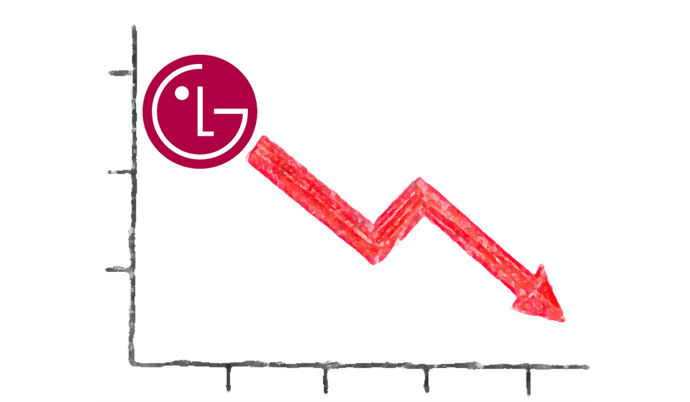 LG Mobile hasn’t been going well for years now, with the South Korean device maker registering quarter after quarter of losses. The company only sold 13.9 million smartphones in 2017, which is not impressive, considering even “returned from dead” Nokia has sold close to 9 million. And now LG Mobile is pulling back from the Chinese market.

The mobile division generated $10.52 billion for LG in 2017, but there was also a serious amount of losses over the past quarters. It’s very hard for LG to break even in the segment, since flagships like the LG G5 and G6 were not well received at all. The LG V30 was met with a better reaction, but it got a pretty limited release, not even coming officially to parts of Europe for example.

And now here comes the China exit. No LG smartphones have been launched officially in China in 2017 and now the move is official. LG’s representative in China was quoted as saying that “LG mobile phone business has quit China”. The mobile division has been on a losing streak for 11 straight quarters and it can’t cope with the high pressure of Chinese players, ranging from Huawei and Xiaomi, to Oppo and Vivo plus smaller OnePlus and Meizu.

The last smartphone that was added to the LG Chinese website was the LG G5 SE, launched back in May 2016. Other than smartphones, LG’s business will continue without problems in China. North America still remains the largest smartphone market for LG, but it involves a tough competition from Apple and Samsung. LG had other problems recently, not being able to finalize the G7 flagship for a MWC 2017 unveiling and being forced to postpone it.